Replacing the “non-replaceable” battery in a Phillips SonicCare™ toothbrush

Don’t you hate it when a $140 gadget is rendered useless by the failure of a $2 part? Yah, me too. Well, it turns out you actually can replace the battery in these devices, and very cheaply at that. It’s not a difficult job, and it extends the life of an expensive gadget by years.

Head on over to this great instructable for all the details.

Some key details to this job are found in the comment thread on the instructable. Here’s a summary of the information I found useful: 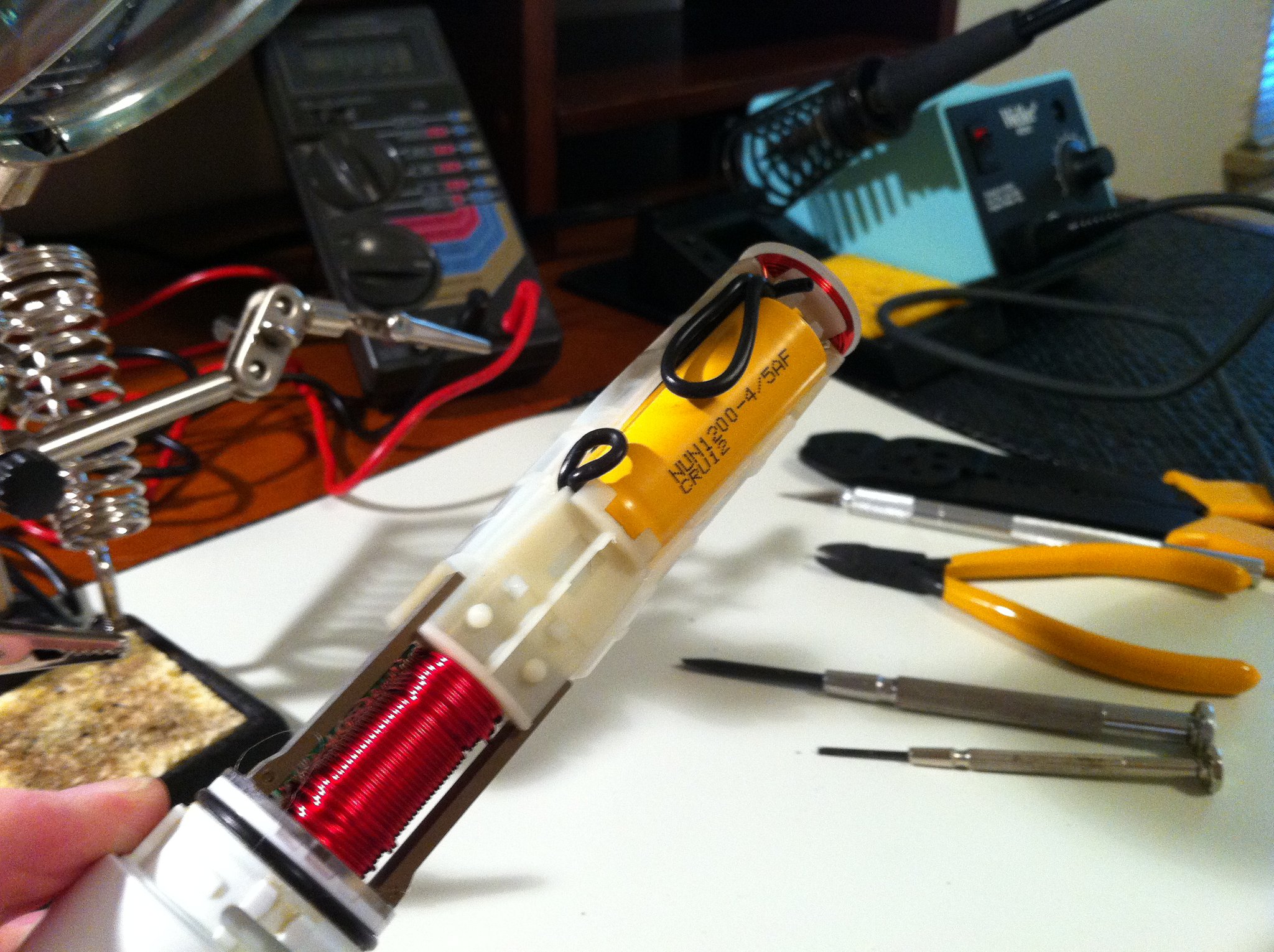 Here’s the end result- the battery has been replaced with an off-the-shelf 4/5A NiCd, and wires have been run to the old battery’s PCB mount points. This will make it easier to change the battery next time!